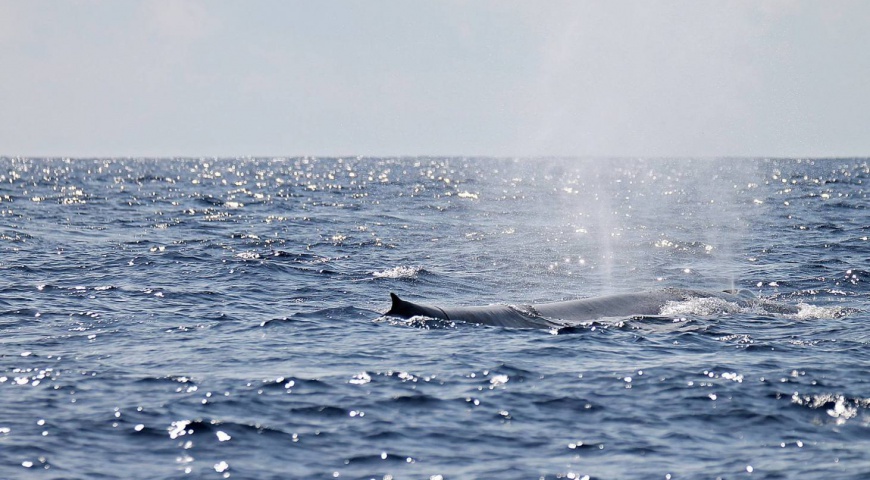 Wildlife has always enthralled me since my school days; a set of encyclopaedia books, a nice cold coffee made by my mother & I could spend hours in my room reading about different mammals & birds.  Out of all the animals I read about, two fascinated me the most : the Platypus and the Blue Whale. Years passed & one fine day I got an opportunity to see the latter on a trip to Sri Lanka.

It was the last night in the (former) Ceylon, that our gang decided to book a yacht cruise for the next morning. Excited at the prospect of my dream coming true, I retired early from the party and scrambled into my bed, only to pray. The alarm went off early at the stroke of three in the morning but I was up and about in no time. I even went looking for our Sri Lankan tour escort, before the others showed up at our pre-decided spot; and to my surprise I found him crouched in a corner, praying.

On asking what he was praying for, he told me that he was praying to his Gods to bless out group with a wonderful sighting. It amazed me that someone who just met us a few days ago would be praying for our luck. With so much positivity brimming we headed out to Mirrisa, the gateway to Blue Whale !

Hardly ably to control our enthusiasm, we took to our respective seats on the yacht, wore the life jackets & finished a quick round of compulsory selfies before the yacht churned it’s way into the tranquil waters. I was completely in awe of the vista lay ahead of me : the crystal clear blue of the sea contrasted by the vermillion hue of the rising Sun. Every now and then a pod of dolphins would show up & decide to give us company.

After a few hours after sailing out in the endless blue, the yacht slowed down. The team of whale tracking experts astride the yacht got busy, their was an excited buzz in the air now. A few of them climbed onto the viewing decks on the top of the yacht poles, while others peered intently into their scopes. One could feel the anticipation building up, the wind had lulled into a whisper & it was as if something spectacular was about to unfold.

A few moments later one of the trackers overhead screamed out “Tail Up!”. All the passengers rushed to the side of the yacht, staring in the direction where he pointed. I was a little slow off the bench, but got a little scared at the moment by the yacht tilting to it’s right side because of the passengers crowding around the railing & chose to hold ground instead.

Whooosh ! There, I had seen the spray rise up towards the heavens from the blowhole of the whale. Time warped & I was in the moment. Looking around I realized there were more of them, and the blasts from their blowholes intermittently would drown all the excited humdrum of the viewers.

Then came the moment I was waiting for, the dream sequence in my head : the whale leaped out of the water, remained in flight for those precious few seconds and splashed hard against the water nose diving to the depths below. There was a sense of overwhelm that filled in me the moment I saw the tail fin rise, straight up & then disappear under the ripples. This sight was met with a lot of raucous cheering & shouts of joy.

After a few minutes later, one of the whales swam close to us, almost twenty odd feet from our yacht. It was humbling to witness the sheer size & consequently the strength it possessed as it surfaced, nearby.

It was like all the cares had melted away and there was a single, untainted happiness. I had lived my dream moment & watched these gentle giants from close quarters.

The quintessential blue sky, the classic oceanic blue and in between the majestic blue whale; but definitely not a blue moment.