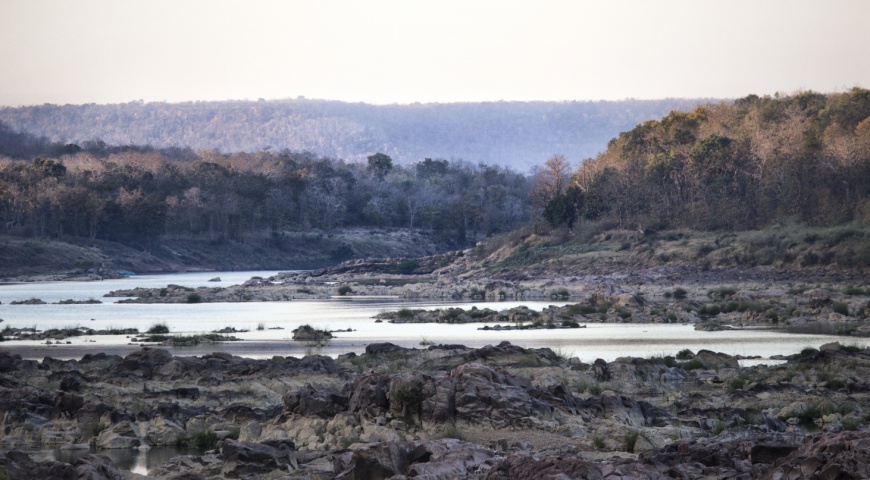 As I stood on a completely deserted road in the middle of nowhere, owing it to the recently busted tyre of our vehicle, I realized that this trip was going to be way more adventurous and thrilling than I’d imagined it would be. In the company of some of the best people I’ve ever travelled with, every minute was already turning out to be more unforgettable than the previous one. And we hadn’t even reached Panna yet! Yes. Yet another wild encounter was about to begin!

Ever since I went into the woods for the first time about three years ago, forests have been my favourite travel destination. Every time I have lost myself in a forest, I have discovered a little part of my soul. The eccentric smell of the tress and the mud, the seemingly silent backdrop with a million echoing sounds- only if you have the ear for them, the uncertainty of life and death in each passing moment, and the feeling of being watched by numerous pairs of eyes! All of it simply teleports me to a different world where there is nothing but peace and quiet.

Evidently, I was eager to explore this much unexploited forest amidst the Vindhyan Mountains. Also, there is the love for stripes! Because nothing compares to the joy of seeing a tiger in its own realm!

Despite a freezing cold, I could barely sleep through the night. The following morning, when I stepped out of my tent, the view before my eyes was like a huge canvas painting that had come alive! The Ken river, which is the lifeline of the forest was splashing over the rocks and pebbles in its way, the sky was turning a slight shade of orange and birds chirped merrily to announce the break of a new day.

The aroma of the forest filled my lungs as I took in a deep breath to contain my excitement.

The diverse landscape of Panna is mesmerizingly beautiful with plateaus, grasslands, riverbed, gorges and caves. The sight of the Vindhyan ranges soaked in golden morning light makes you wonder if this is what heaven looks like. Several ancient structures bear evidences of the land being formerly ruled by the mighty Chandela rulers. 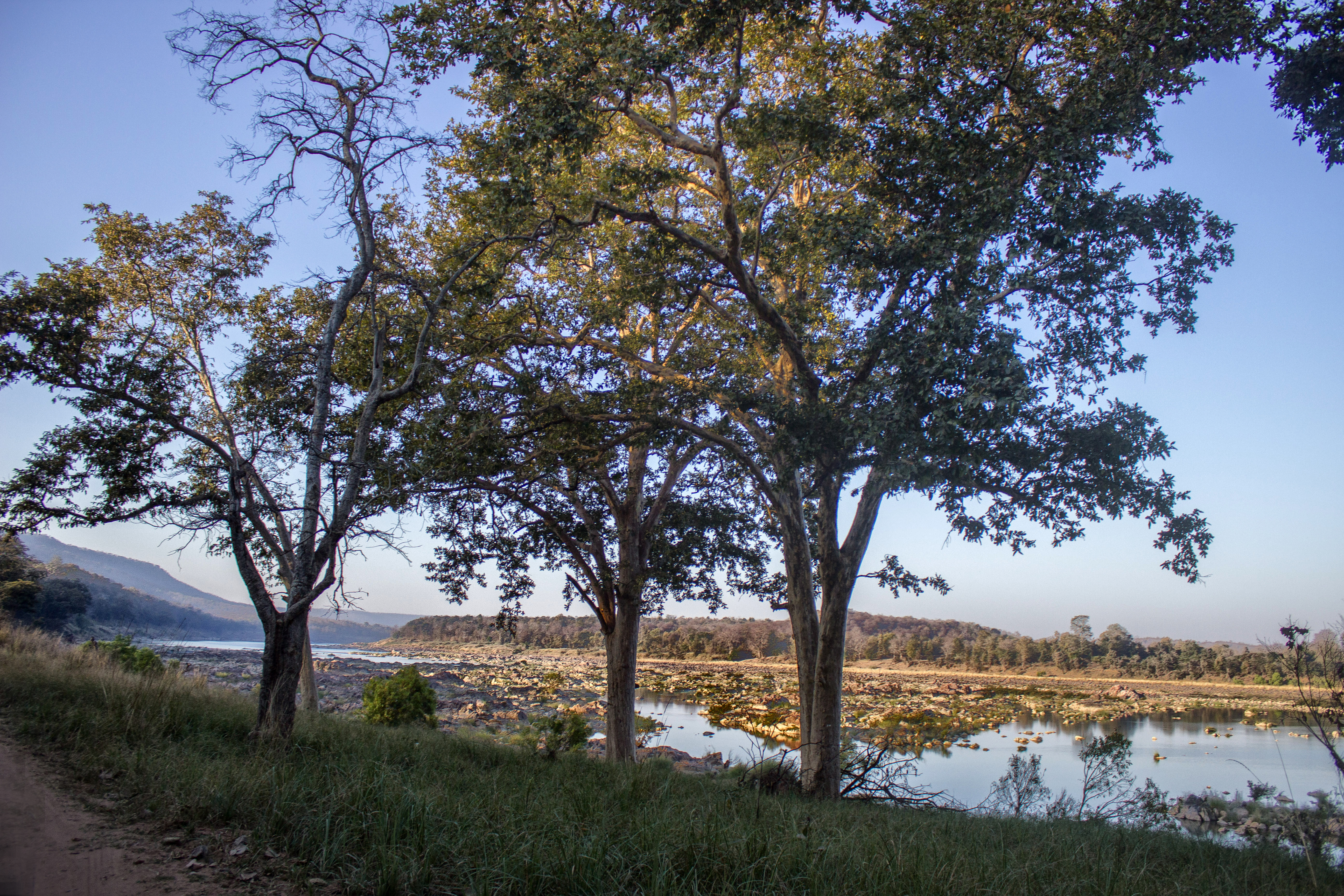 We drove through the teak dominated forest, marveling at the sheer magnificence all around us. In time, we stopped to listen to the “calls” of the jungle, and in a jiffy, spotted a movement of ochre and black on a nearby hill! Gypsy engines revved as the langoors called out to confirm the presence of the striped beast. All the cars were parked on the other side of the hill, waiting for it to emerge from the trees.

Just as I was adjusting my camera, I saw her! It was a tigress. She had glowing amber eyes and walked with grace that would put the most beautiful queen to shame! I looked into her eyes and she looked into mine. For a good five minutes, I forgot about the world around me.. It was as if she was reading my mind and knew perfectly well how flabbergasted I was. For it showed on her face. She knew she could sweep one off his feet, and how!

Snapped back into reality by the continuous noise of camera shutters, I watched her walk away into the shadows of tangled treetops as silently as a ghost.
The day came to an end while I was still talking on the phone, trying to explain in vain, how I exactly felt during the encounter.

The next morning, we took to the higher regions of the park. The Hinauta plateau offers a panoramic view of the widespread forest down below. The nallahs originating from the park make falls called ‘Sehas’. The famous Dhundhwa Seha is dried up for the better part of a year and hence serves as a resting place for about five species of vultures. Boulders along the high cliffs form caves which make a perfect home for tigers and leopards. If you are lucky, you could even see one climbing right up the valley!
Grass habitats are found in certain areas of the plateau where Chinkaras, Jackals and Wolves are seen. 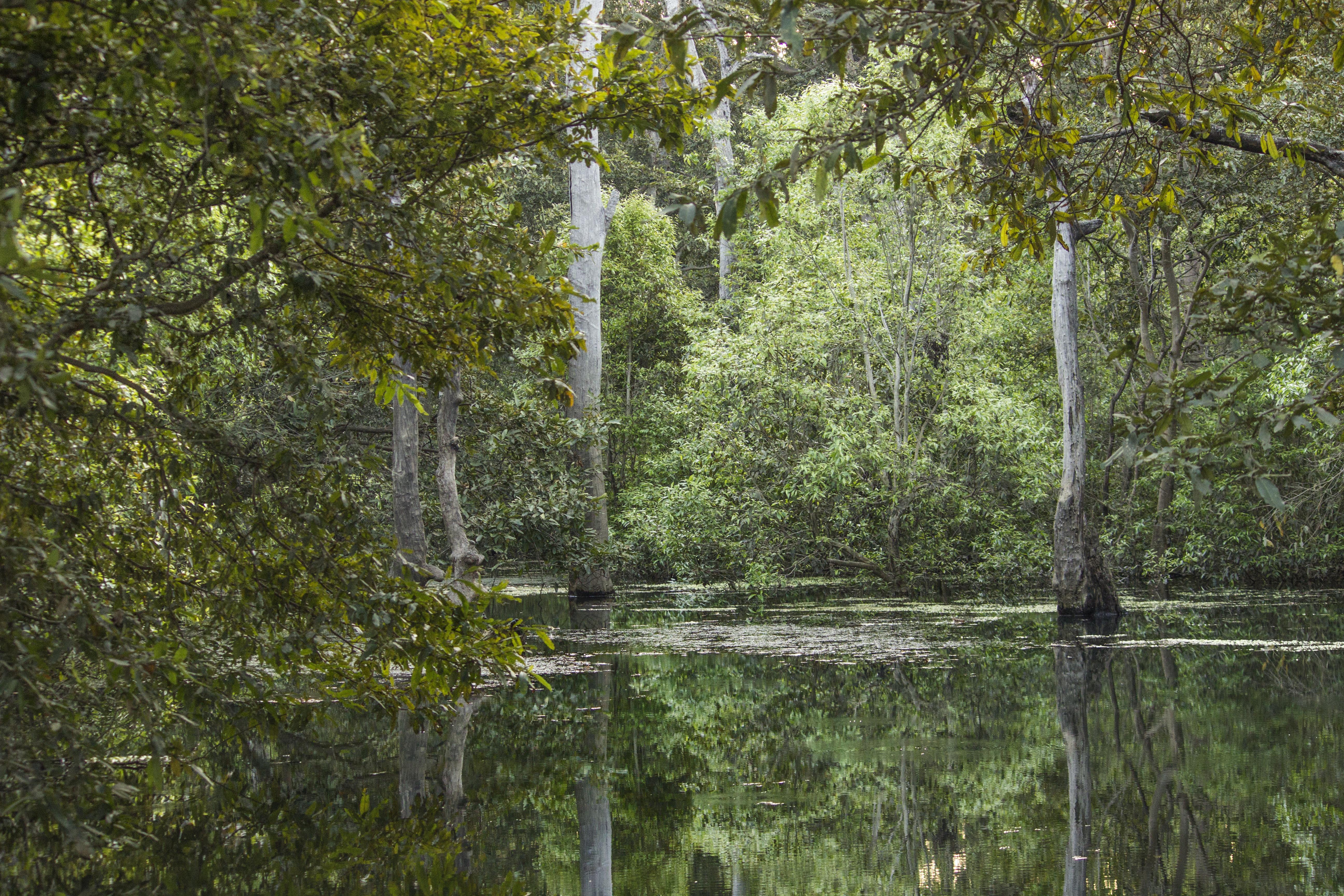 One of the must visit places in the park is the Judi waterhole. Lined with lush green trees on either side, this place is the soul of the emerald forest. It is so full of life with babblers and wagtails hopping around the water, an eagle somewhere on the tree branch, langoors on treetops, deer grazing under and a predator lurking in the bushes! An hour at Judi, feels like a minute gone by.

As chords of warm afternoon light fell on the ground through the thick trees at the waterhole, we were anxiously waiting for a leopard to make his kill. For the bold leopards of Panna, it is perfectly normal to be hunting in broad daylight, uncharacteristic to the usual behavior of their kind.

This one here, was stalking a couple of Sambar deer on the other side of the road, almost undisturbed by the onlookers. The deer were scared off towards the leopard by a different alarm call behind them. In a split second, the leopard charged towards them, but the vigilant duo ran away just in time. The drama that unfolded in front of our eyes seemed just out of a TV documentary! The leopard would have to wait for another time to feed himself though. 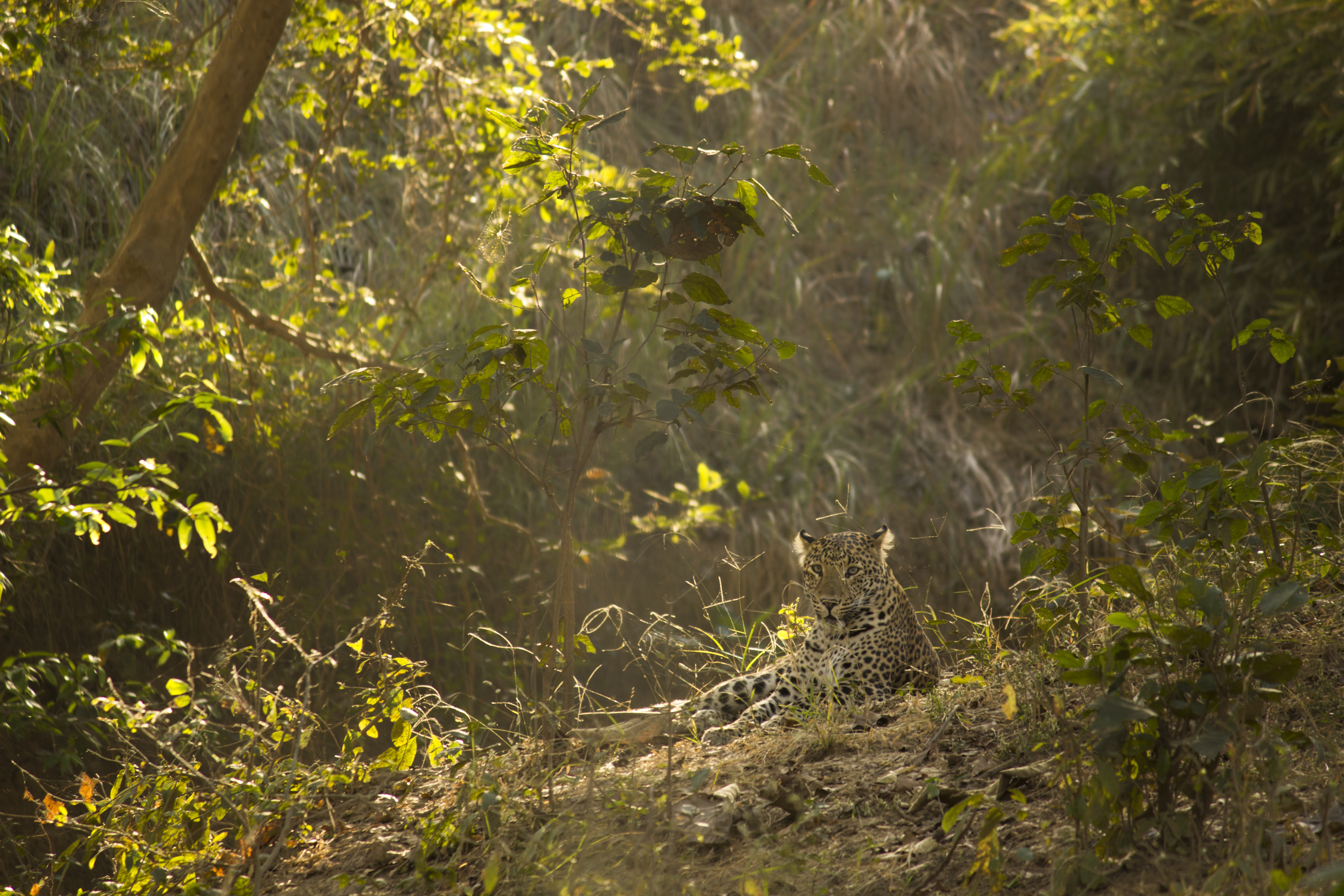 Less than a decade ago, Panna had lost all its tigers. But, with endless efforts of the people of Panna, it now has a good number of wild tigers. The locals look after the tigers as their own giving the entire jungle a very homely feel.

While we were planning this trip, we did not expect it to be half as action-packed.

Ironically, it gave us all some of the most memorable experiences in the wild!
With the most dangerous predators and an amount of bird species we couldn’t even count, this raw forest in the central highlands of India has a lot to offer than you would think.
Definitely, my new favourite wildlife park!